The latest addition to our family of animals at Landmeterskop, a heifer-calf, normally hangs out with a flock of lambs and our chickens in the paddock nearest to the farmhouse. When the lambs were brought in to the craal to be weighed, “madam” came along. The workers couldn’t separate her from the lambs, as she simply stayed in the middle of the flock. Eventually Louis managed to get a lead around her neck, and she obediently followed him back to the paddock.

Valerie also recently had to fetch new Leghorn chickens as most of our laying hens are a little over two years old and will now start to lay less eggs. The first 2 years of a hen’s life is her most productive. By the time she’s 5 years old she will only lay half as frequently as she did during her first 2 years. While Louis and Luca were “unloading” the new chicks and making sure that  they had food and water and were settling in, Jack and Jesse, kept a close watch! 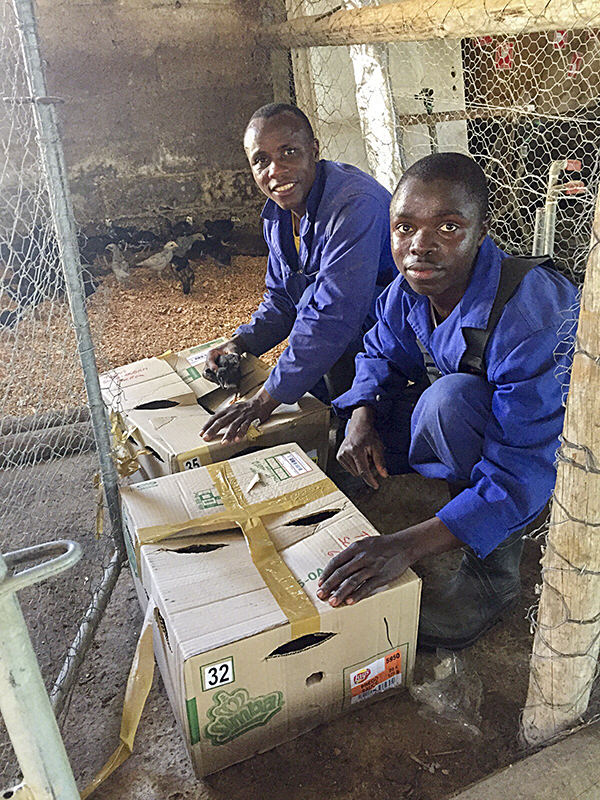 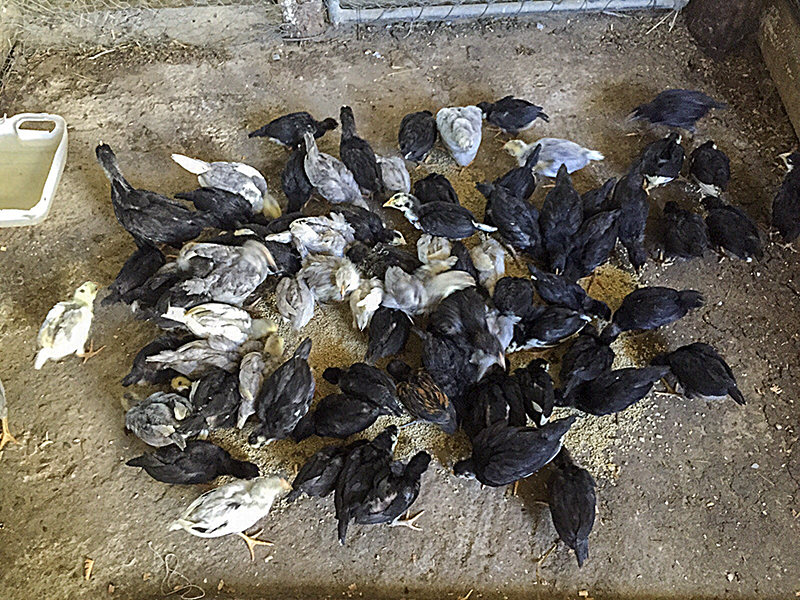